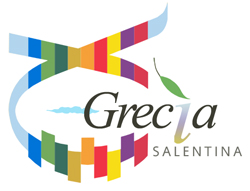 Salentinian Greece is a Griko-speaking area located in Salento that includes nine municipalities in the province of Lecce. The main feature of these places is the spoken language, a neo-greek dialect known as "Griko". This language is written in Latin characters, has points in common with the modern Greek and many words are the result of the obvious influence of neolatin and the local dialects. Around the 90s, Salentinian Greece municipalities became a consortium sponsored by the European Union. After this recognition, towns that do not have Griko speakers joined the consortium for a total of 11 municipalities. The headquarters of the Union is Calimera. The other centers are: Carpignano Salentino and Cutrofiano (the two non-griko municipalities) Castrignano de 'Greci, Corigliano d'Otranto, Martha (the former seat of the Union and the most populous town), Melpignano, Soleto, Sternatia and Zollino.

The Greek influence of Salento occurred during the Ancient Greece and later during the Byzantine domination. The areas were mainly of Greek culture and the religion practiced was Greek-orthodox. Over the years, the Greek culture was gradually abandoned until it reached it's lowest point with the immigration after World War II. It is only in the nineties that the municipalities, cooperating together, started a process of enhancing and promoting the Griko culture.

The consortium of municipalities in Salentinian Greece was officially established in 1990, and since 1996, with the collaboration of the Province of Lecce, it drew up a plan for coordination on interventions to increase the effectiveness of the actions implemented in the area: the Association Communities of Greek Salento was born. The purpose of these actions is to promote Greek culture, Greek language and tourism in these areas.

The Italian Parliament has recognized Salentinian Greece as a linguistic minority ethnic group by the name of "Griko linguistic minority of the Griko-Salentinian ethnicity”. The Union of Municipalities of Salentinian Greece also lead to the creation of the festival "La Notte della Taranta" (Taranta Night), a project that creates, within the Griko area, a concert where the local folk music joins with other musical traditions, revitalizing and establishing, in this way, a different mode of contemporary musical composition. The initiative has increasingly grown to reach a sufficient scale to play a major role nationally.